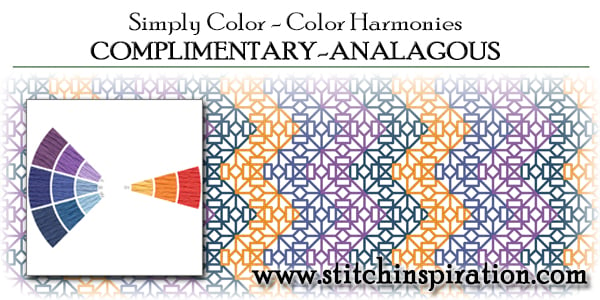 The COMPLIMENTARY+ANALAGOUS color harmony, while not one of the standard forms, is one which gives some flexibility.  It utilizes the Complimentary scheme – or takes two opposite wedges.  Where it is different, it adds in the Analagous colors to one of the colors.  This gives you lots of flexibility in choosing which threads for which part of the design.

Again, as in the Complimentary color harmony, you’ll need to be careful with the fabric you choose so that the thread shows up on it.  But, having that right, these can give you interesting projects!

Click and save below the web card for this color harmony.  Print it out on cardstock, and use it to look at any of our thread wheels.  Make up your own even, and see how many schemes you come up with! 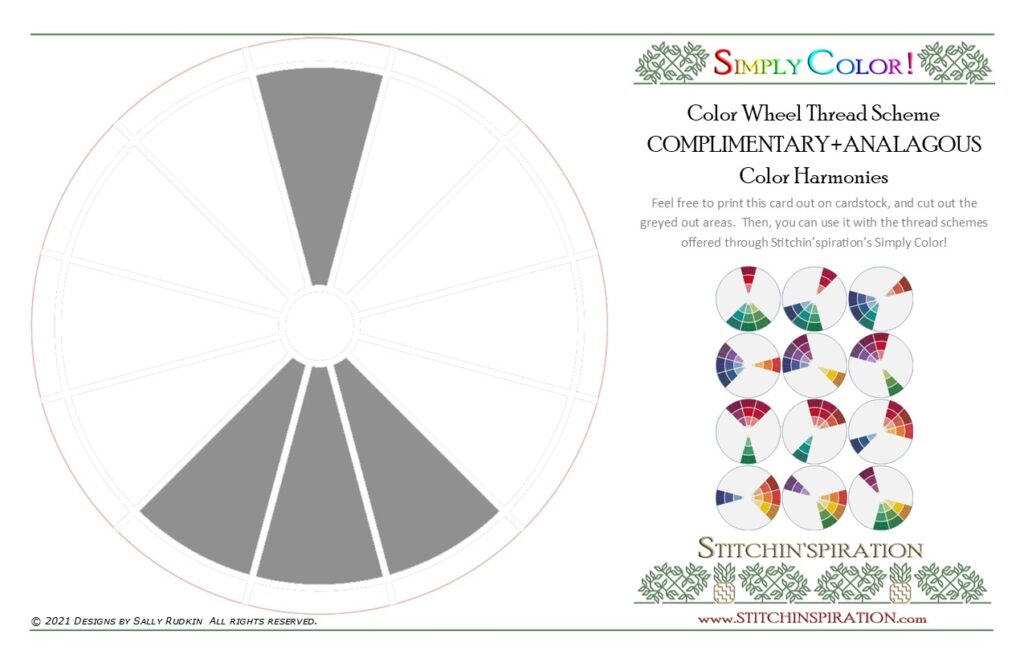 Now, let’s take a look at our 4 scenarios and see what we come up with:

Fill (shown above):  SCT003 used.  I had fun with this one!  I broke the fill up so that you’d stitch it vertically, but followed along the diagonal lines.  This works best in a large design, and one you want to cover lots of space.

Fill (shown below):   SCT003 used.   Here, I broke the pattern repeat into 4 steps, and played with how I used the color.  I put the main color as the medallion, and the other portions being the accent colors.  It really popped that medallion out, and the other worked together nicely, since they were the Analagous colors.

NBB-2315:  SCT004 used.  With this design, I  used the main color 04 to highlight the squares.  Then, I mixed the two multi-shaped blocks, and used two of the opposite colors in each of them.  I think it turned out pretty!

NBB-6001:  SCT005-3a used.   For this design, I mixed all the threads up, and broke up the fill in them.  The central medallion is again repeated in the 4 corners, but this time I even added a second color to the rectangular blocks.

Click on any of the images, and find a PDF document that has each of these charts documented with what threads I used.    Do this on each of the color harmonies I document, and you’ll have 12 different ways to stitch them!  The possibilities are endless!!!

Find the links above to all of the thread schemes I used for these exercises.  But, keep checking back for more!  You never know what threads inspire you!

Follow us on our Facebook page to get updates, and to find out when new things are posted!

What color inspires you?

Check out more from the Simply Color series – come and see what inspires you! 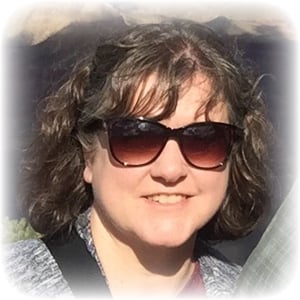 Designer / owner of Stitchin'spiration - your home for blackwork, cross stitch, and (soon to be) more!